Summary: The first Fitness Hall of Fame nominees have been named on www.fitnesshalloffame.com and the public can vote on their favorites from June 16-24. The hall was launched to honor the world’s most significant contributors to the world of fitness and provide a learning experience for those interested in following in their footsteps.

Rancho Santa Margarita, CA – A showcase of the best in the business, the nominees to the 2014 Fitness Hall of Fame were recently revealed at www.fitnesshalloffame.com. The public and others in the industry can vote for their favorites from June 16 to July 24. Winners will be named prior to July and celebrated in an online ceremony.

honors the world’s most significant contributors to the world of fitness and provides a learning experience for those interested in following in their footsteps.
“Summer is the perfect time to celebrate these individuals who represent the pinnacle of fitness and accomplishment in their areas of expertise,” Ellis said. “We look forward to honoring the men and women who continue to pave the way for the rest of us when it comes to better health, fitness and wellness.”

Nominees for the 2014 Fitness Hall of Fame are:

Les Mills: Creator of BodyPump, BodyBalance and Many other Fitness Systems

Greg Justice: One of America’s Most Experienced Personal Trainers

Paul Chek: Considered one of the brightest minds in the fitness industry, he has written several books, videos and training courses, and pioneered the holistic fitness movement.

Phil Kaplan: Best known for pioneering business models used by trainers and coaches worldwide, he is largely responsible for helping create the “business of fitness” for personal trainers.

Bill Pearl: An American former bodybuilder during the 1950s and ’60s, he won many titles and awards, including winning the Mr. Universe contest five times; previously named “World’s Best-Built Man of the Century.”

Greg Justice: One of America’s most experienced personal trainers

Arnold Schwarzenegger: Schwarzenegger is considered among the most important figures in the history of bodybuilding, and his legacy is commemorated in the Arnold Classic annual bodybuilding competition. He has remained prominent in bodybuilding long after his retirement and presided over numerous contests and awards shows.

Bill Phillips: Best known for his book and movement “Body for Life” and being the pioneer of the body transformation competition phenomenon, he is one of the original leaders in sports nutrition.

Jack LaLanne: A man ahead of his time, LaLanne was into fitness before fitness was in. He opened the first modern health club in 1936 in Oakland, Calif and developed the first cable pulley and leg extension machine along with the first weight selector, now standards in the fitness industry. He was a chiropractor, body builder and personal trainer who gained worldwide recognition for success on his TV show that ran nationwide for 34 years. He was and is still known as an American fitness, exercise and nutritional expert, and motivational speaker widely referred to as “The Godfather of Fitness.” Through his career, LaLanne won numerous awards including the Horatio Alger Award, President’s Council of Physical Fitness Silver Anniversary Award, and has a star on the Hollywood Walk of Fame.

Joe Weider: A weightlifter with a dreamto publish a magazine committed to sharing accurate, complete training advice with routines with its readers, he founded Your Physique in 1940. Remembering his own difficulties in tacking down equipment, Weider started the mail-order Weider Barbell Co. in 1942. He and his brother rented Montreal’s Monument National Theater to host the first Mr. Canada contest and the International Federation of Bodybuilders, and he created the Mr. Olympia contest, the premier contest in all of bodybuilding, as well as the Ms. Olympia contest and the Fitness Olympia contest. There are presently 170 countries affiliated with the IFBB and it now ranks as one of the top seven international sport federations in the world. Perhaps Weider’s most indelible addition to the science and sport of bodybuilding is the Weider Principles, more than 30 theories and techniques that forever changed the means by which someone could build a strong, muscular body.

Each year, two people will be inducted into the Fitness Hall of Fame in each category with the exception of the Legacy award, which will honor one person annually. After the 2014 online ceremony, future events will recognize winners in New York City or Las Vegas.

A portion of all Fitness Hall of Fame proceeds go to its designated charity, the Get America Fit Foundation and donations are being accepted to continue these fitness legacies and provide opportunities for future inductees at https://fitnesshalloffame.com/support-the-fitness-hall-of-fame/.

About The Fitness Hall of Fame

Launched in 2014 by fitness pioneer Dr. John Spencer Ellis, the Fitness Hall of Fame is dedicated to honoring the world’s most significant contributors and icons in the world of fitness and to providing a learning experience for those who wish to follow in their footsteps. Leaders and legends are recognized annually for their notable contributions to the industry, and a portion of proceeds are given to the Get America Fit Foundation. For more information on nominations and support, please visit https://fitnesshalloffame.com/.

Meet the Advisory Board

Meet the people behind the scenes who bring the Fitness Hall of Fame to the World. 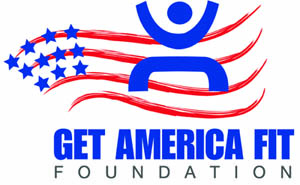 A portion of all Fitness Hall of Fame proceeds go to benefit GAFF.

A FREE digital publication for your iPad featuring articles, how-to guides and controversial topics from the greatest minds in the fitness industry.